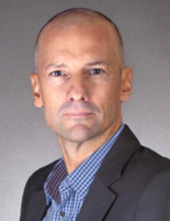 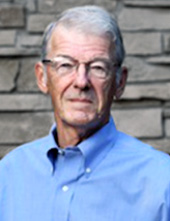 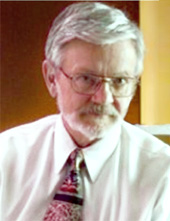 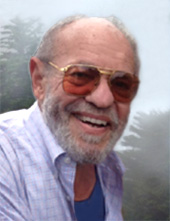 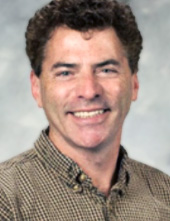 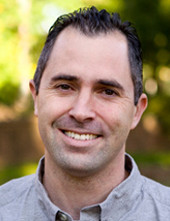 The scientific program of the Fetzer Franklin Fund is implemented by the Scientific Director in close collaboration with the members of the Scientific Advisory Council. The Scientific Director is also responsible for the overall scientific program design, including for developing the materials and text as presented in this website. The Scientific Advisory Council (SAC) is constituted by experts who have a distinguished academic record as part of mainstream institutions and, at the same time, have long been engaged in highly innovative research. Importantly, the special expertise that results from combining mainstream and frontier interests is crucial to our efforts to improve the quality and research standards in the exploration of unconventional scientific possibilities.

Importantly, the special expertise that results from combining mainstream and frontier interests is crucial to our efforts to improve the quality and research standards in the exploration of unconventional scientific possibilities.

Jan Walleczek, Scientific Director
Responsibilities of SAC members include, for example, the identification and tracking of new research ideas, the critical evaluation of research designs and proposals, and the organization, in partnership with the Fetzer Franklin Fund, of research dialogues such as workshops or symposia around topics of special interest.

The Fetzer Franklin Fund was established by the John E. Fetzer Memorial Trust, with the support of the John E. Fetzer Institute, to advance the scientific exploration of a relationship-centered view of reality. The Trust is administered by Bruce Fetzer as President and CEO and actively overseen by a Board of Trustees, which is chaired by Lou Leeburg, to set the direction for the scientific legacy of the organization’s founder John E. Fetzer. Additional members of the Board of Trustees are: Tom Beaver, Bruce Carlson, Michael Gergeley, Jeremy Waletzky, and Jan Walleczek. The Trustees of the John E. Fetzer Memorial Trust guide and oversee the critical process of translating the founder’s original intent, and his core interest in science and spirituality, into a sustainable scientific research program for the 21st century. The result of this process is the mission statement, and the scientific program, of the Fetzer Franklin Fund as presented in this website.

I have known many people whose success was primarily due to their showing loving concern for others. They exhibited the qualities of love without ever defining it. They would be reticent to do so. I have no such reservation. Love is the core energy that rules everything. It's the force field... of creation. Love is the one ingredient that holds ALL together. 'God is love' is the summary.

In their guidance of the Fetzer Franklin Fund, the President, the Chairman, and the additional members of the Board of Trustees, are motivated by the recognition that only an intellectually-credible, and methodologically-rigorous, approach to exploring the extreme frontiers of science could make a difference to the mainstream of science. Importantly, to make a contribution to scientific knowledge in the academic mainstream was also the intent of founder John E. Fetzer, who himself was an engineer. Throughout his life time, John E. Fetzer maintained contacts, and engaged in conversations, with visionary thinkers and researchers at academic institutions. For more information about the John E. Fetzer Memorial Trust, and its founder John E. Fetzer, go to www.fetzertrust.org. For inquiries about the work of the Fetzer Franklin Fund write to inquiries@fetzer-franklin-fund.org. Please note that the Fetzer Franklin Fund proactively seeks partners for collaboration and does not accept unsolicited requests for funding.

How we work. From Idea to Sponsored Project.

The Fetzer Franklin Fund operates in the spirit of open-ended scientific exploration and is not committed to a particular outcome or conclusion. After completing a research project, the results are made public regardless of whether they agree or disagree with the original hypothesis, expectations, or assumptions. In the final analysis, only the best empirical evidence, in combination with persuasive theory, decides the reality of a phenomenon, the validity of a new insight, or a change in scientific perspective. However, the Fund is very deliberate and focused with respect to the projects it considers for funding. We consider research projects that have the potential of advancing breakthroughs in foundational questions in the fields of physics, biology, and consciousness research. We look for catalytic, targeted projects that may impact mainstream scientific thinking concerning the possibility of reality’s integrated and relational character. The Fetzer Franklin Fund proactively seeks partners for collaboration and does not accept unsolicited requests for funding.

Identifying a promising research idea, developing a research agenda, and finally implementing and supporting a research project, are all important steps in the work of the Fetzer Franklin Fund.

IDEA: In the search for new ideas the Fetzer Franklin Fund is guided by an awareness of the line that demarcates scientific from non-scientific possibilities. For example, a new idea – experimental or theoretical – might initially look like a promising research opportunity. However, after more analysis and exploratory work, the idea may turn out not to be testable as a scientific hypothesis. The opposite scenario drives progress at the scientific frontier. Successful translation of scientifically-grounded speculation becomes a workable research project. Much time is spent on identifying, evaluating, and tracking, novel ideas at the cutting edge of science and evaluating whether a new research project is feasible.

AGENDA: The next step of our work involves the co-development of a detailed research agenda and of methodological procedures and protocols for the conduct of a research project with a prospective collaborator. This includes the establishment of criteria for success, standards for quality control, appropriate statistical analysis, and the interpretation of the results. The research agenda is typically submitted to independent reviewers for comment and improvement.

PROJECT: Finally, after an agreement is reached with a potential collaborator on a detailed research agenda, a decision may be made to implement the research project and to provide financial support. The typical time frame for support is between one to four years. Typically, funding is at a moderate level and often adds to existing funds at a science-based institution. An agreement is also reached with the collaborator that the results of the study will be published in a peer-reviewed scientific journal whatever the research outcome may be.

Breakthroughs are often the result of an unexpected shift in perspective. The Fetzer-Franklin Science Symposia invite scientists to participate in trans-disciplinary dialogues, exposing them to unfamiliar views, and often challenging long-held assumptions. The purpose of the symposia is to inspire the integration of thinking across different disciplines, to see new relationships where no interconnectedness was apparent before. We facilitate dialogues between different communities of mainstream scientists, frontier thinkers, and proponents of alternative approaches. Formats for research dialogues range from small one-day workshops involving 10 to 15 participants, to multi-day symposia typically involving 50 to 100 participants (see Events for past and future research dialogues).

The Fetzer Franklin Fund researches, develops, and offers methods, tools, and concepts, to assist the frontier scientist in dealing with the many challenges typically encountered in exploratory research, both theoretical and experimental. A resource for information are also the video presentations of invited symposium speakers which are available in the Media section on this website.