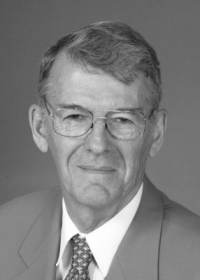 Along with 200 papers, he has authored 13 books on regeneration, embryology and lake biology and has edited another 15 symposium volumes and translations. He has received a number of awards, including the AAAS Newcomb-Cleveland Prize, the Henry Gray Award of the American Association of Anatomists, which he served as President, and membership in the Russian Academy of Natural Sciences. He has conducted research for extended periods in the USSR, Czechoslovakia, the Netherlands, Finland and New Zealand.  His retirement activities include writing books and directing a long-term study of pike growth in an isolated northern Minnesota lake.