A Quantum Ruler for Magnetic Deflectometry

Matter-wave near-field interference can imprint a nano-scale fringe pattern onto a molecular beam, which allows observing its shifts in the presence of even very small external forces. Here we demonstrate quantum interference of the pre-vitamin 7-dehydrocholesterol and discuss the conceptual challenges of magnetic deflectometry in a near-field interferometer as a tool to explore photochemical processes within molecules whose center of mass is quantum delocalized. View Full-Text / Download Paper 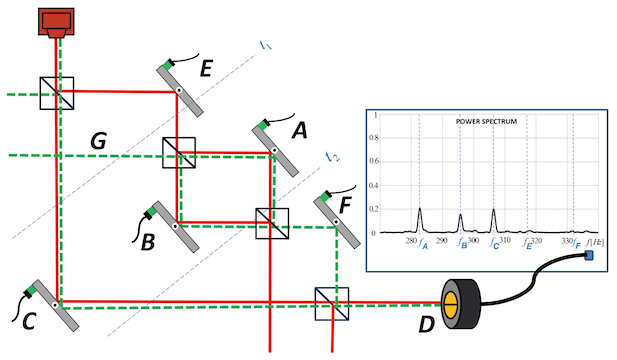 When Photons Are Lying about Where They Have Been

The history of photons in a nested Mach–Zehnder interferometer with an inserted Dove prism is analyzed. It is argued that the Dove prism does not change the past of the photon. Alonso and Jordan correctly point out that an experiment by Danan et al. demonstrating the past of the photon in a nested interferometer will show different results when the Dove prism is inserted. The reason, however, is not that the past is changed, but that the experimental demonstration becomes incorrect. The explanation of a signal from the place in which the photon was (almost) not present is given. Bohmian trajectory of the photon is specified. View Full Text / Download Paper

By Lev Vaidman and Izumi Tsutsui

A method for measuring the weak value of spin for atoms is proposed using a variant of the original Stern–Gerlach apparatus. A full simulation of an experiment for observing the real part of the weak value using the impulsive approximation has been carried out. Our predictions show a displacement of the beam of helium atoms in the metastable 23S1 state, Δw, that is within the resolution of conventional microchannel plate detectors indicating that this type of experiment is feasible. The analysis of Robert Flack, Vincenzo Monachello, Basil Hiley and Peter Barker also determines the experimental parameters that will give an accurate determination of the weak value of spin. Preliminary experimental results are shown for helium, neon and argon in the 23S1 and 3P2 metastable states, respectively. View Full-Text / Download Paper

Nonlocality in Bell’s Theorem, in Bohm’s Theory, and in Many Interacting Worlds Theorising

“Locality” is a fraught word, even within the restricted context of Bell’s theorem. As one of us has argued elsewhere, that is partly because Bell himself used the word with different meanings at different stages in his career. The original, weaker, meaning for locality was in his 1964 theorem: that the choice of setting by one party could never affect the outcome of a measurement performed by a distant second party. The epitome of a quantum theory violating this weak notion of locality (and hence exhibiting a strong form of nonlocality) is Bohmian mechanics. Recently, a new approach to quantum mechanics, inspired by Bohmian mechanics, has been proposed: Many Interacting Worlds. While it is conceptually clear how the interaction between worlds can enable this strong nonlocality, technical problems in the theory have thus far prevented a proof by simulation. Ghadimi, Hall and Wiseman report significant progress in tackling one of the most basic difficulties that needs to be overcome: correctly modelling wavefunctions with nodes. View Full-Text / Download Paper 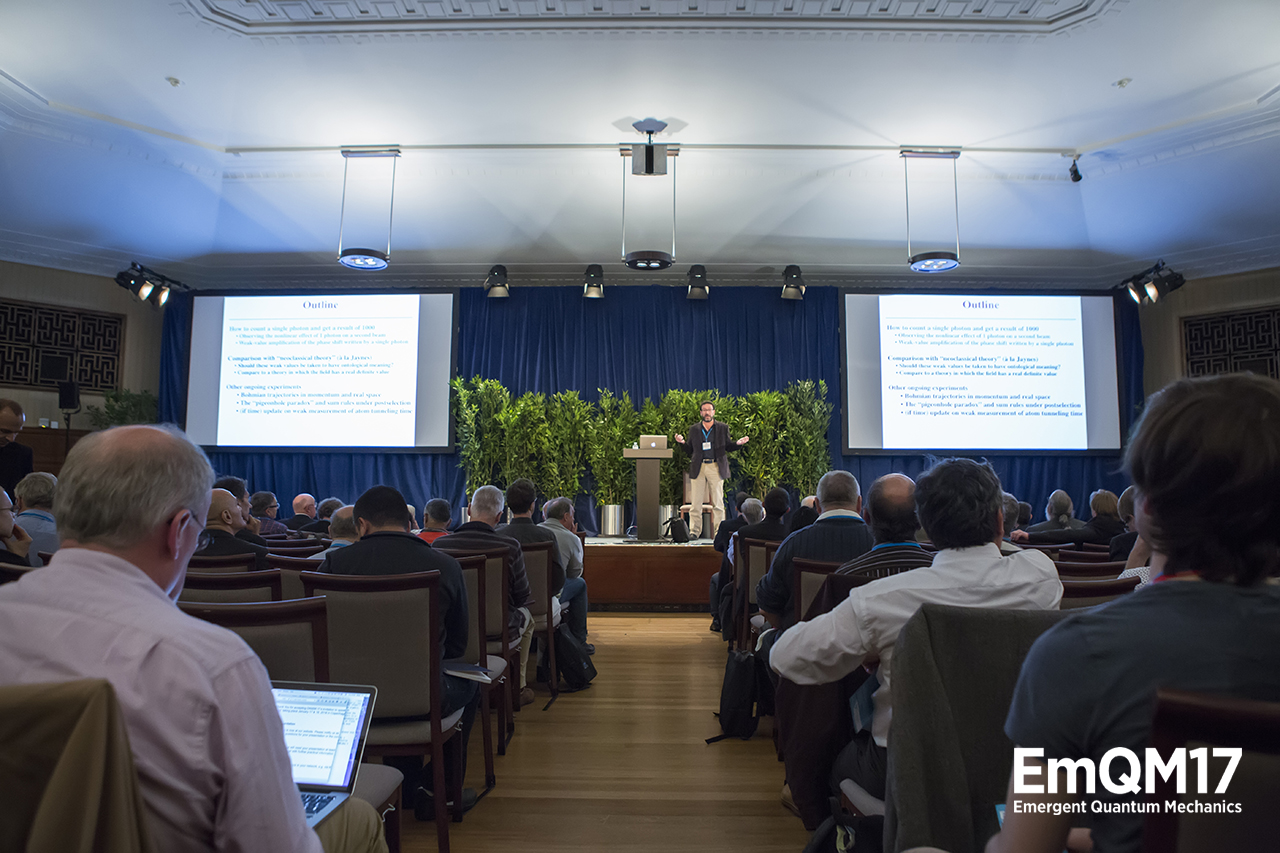 EmQM17 was a great success

About 350 registered attendees made the EmQM17 London symposium a great success. A strong case was made for the possibility of ontological quantum mechanics on the occasion of the David Bohm Centennial celebration at Senate House of the University of London, adjacent to Birkbeck College, Prof. Bohm's final academic home.

For the speakers, the scientific program, and the photo gallery documenting the event go to emqm17.org.