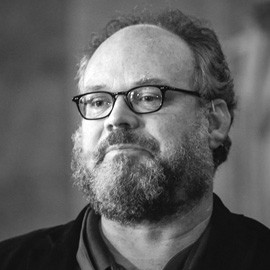 Peter Barker got a background in atomic and molecular laser spectroscopy, non-linear optics, and laser trapping and cooling. Within the last 10 years his research has concentrated on the study of molecular cooling and trapping and on quantum cavity optomechanics. He has expertise in developing applications from more basic optical physics research.

He was awarded a PhD in Physics from the University of Queensland, Australia in 1996. From 1997 to 2001 he was a Postdoctoral Research Associate, and then a Research Scientist and Lecturer in the Applied Physics Group in the Mechanical and Aerospace Engineering Department at Princeton University. At Princeton, I began to study the manipulation of atoms and molecules in pulsed optical fields by studying coherent Rayleigh scattering from molecules trapped in optical lattices. During his time he was part of a multidisciplinary team of physicists and engineers from Princeton University, Sandia National Laboratories and Lawrence Livermore developing a new type of wind tunnel for accelerating gases to hypersonic speeds using lasers and electron beams. In 2001 he took up the position of Lecturer in the Physics Department at Heriot-Watt University and became a Senior Lecturer in 2004. In October 2006 he joined the AMOP group at UCL as a Reader and was promoted to Professor in October 2007. Currently he has projects in cavity optomechanics using nanoparticles levitated in vacuum and larger microscale clamped systems based on whispering gallery mode resonators for studying fundamental quantum mechanics and for development of sensors.

Weak measurements of atomic momentum in a matter-wave interferometer

EmQM15 – Weak measurements of atomic momentum in a matter-wave interferometer