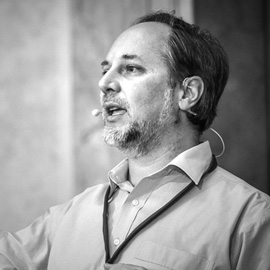 Howard Mark Wiseman (born 19 June 1968) is a theoretical quantum physicist notable for his work on quantum feedback control, quantum measurements, quantum information, open quantum systems, the many interacting worlds interpretation of quantum mechanics, and other fundamental issues in quantum mechanics. Wiseman was born in Brisbane, Australia and received his B.Sc.(Hons) in Physics from the University of Queensland in 1991.

He completed his PhD in physics under Gerard J. Milburn at the University of Queensland in 1994, with a thesis entitled Quantum Trajectories and Feedback. After his PhD, Wiseman undertook a postdoc under Dan Walls at the University of Auckland. From 1996 to 2009 he held Australian Research Council (ARC) research fellowships. He is currently a Physics Professor at Griffith University, where he is the Director of the Centre for Quantum Dynamics. He is also an Executive Node Manager in the Centre for Quantum Computation and Communication Technology, an ARC Centre of Excellence. His awards include the Bragg Medal of the Australian Institute of Physics, the Pawsey Medal of the Australian Academy of Science and the Malcolm Macintosh Medal, one of the Prime Minister's Prizes for Science. He is a Fellow of the Australian Academy of Science, and a Fellow of the American Physical Society.

Howard Wiseman on the future of quantum mechanics

Nonlocality in Bell’s Theorem, in Bohm’s Theory, and in Many Interacting Worlds Theorising