The Montevideo Interpretation of Quantum Mechanics: A Short Review

The Montevideo interpretation of quantum mechanics, which consists of supplementing environmental decoherence with fundamental limitations in measurement stemming from gravity, has been described in several publications. However, some of them appeared before the full picture provided by the interpretation was developed. As such, it can be difficult to get a good understanding via the published literature. Here, we summarize it in a self-contained brief presentation including all its principal elements. View Full-Text / Download Paper

By Rodolfo Gambini and Jorge Pullin 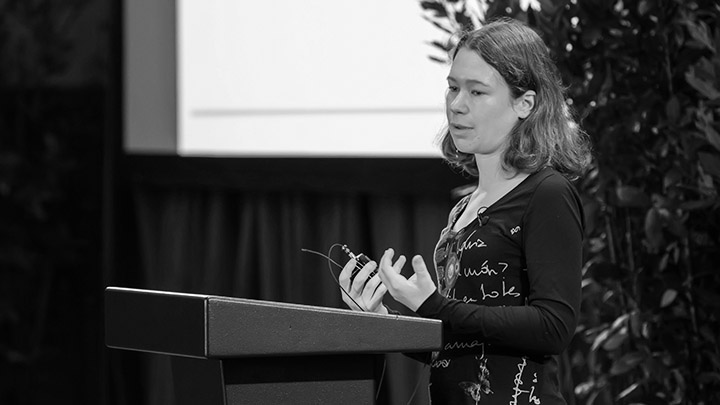 Spooky Action at a Temporal Distance

Since the discovery of Bell’s theorem, the physics community has come to take seriously the possibility that the universe might contain physical processes which are spatially nonlocal, but there has been no such revolution with regard to the possibility of temporally nonlocal processes. In this article, we argue that the assumption of temporal locality is actively limiting progress in the field of quantum foundations. We investigate the origins of the assumption, arguing that it has arisen for historical and pragmatic reasons rather than good scientific ones, then explain why temporal locality is in tension with relativity and review some recent results which cast doubt on its validity. View Full-Text / Download Paper 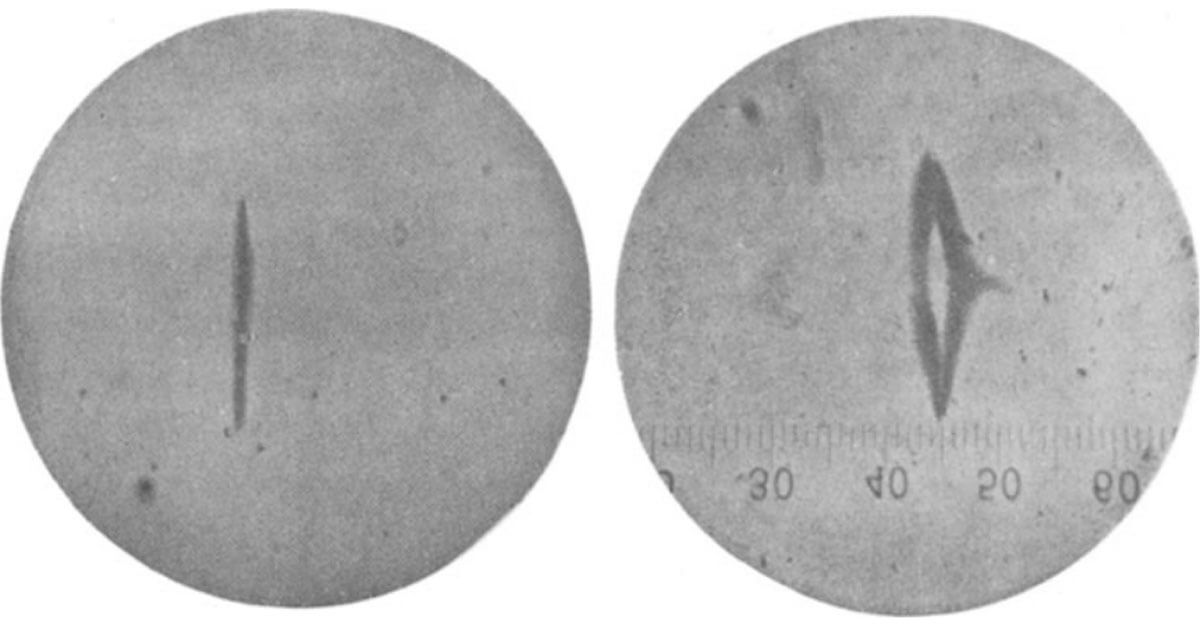 Observables and Unobservables in Quantum Mechanics: How the No-Hidden-Variables Theorems Support the Bohmian Particle Ontology

The paper argues that far from challenging—or even refuting—Bohm’s quantum theory, the no-hidden-variables theorems in fact support the Bohmian ontology for quantum mechanics. The reason is that (i) all measurements come down to position measurements; and (ii) Bohm’s theory provides a clear and coherent explanation of the measurement outcome statistics based on an ontology of particle positions, a law for their evolution and a probability measure linked with that law. What the no-hidden-variables theorems teach us is that (i) one cannot infer the properties that the physical systems possess from observables; and that (ii) measurements, being an interaction like other interactions, change the state of the measured system. View Full-Text / Download Paper 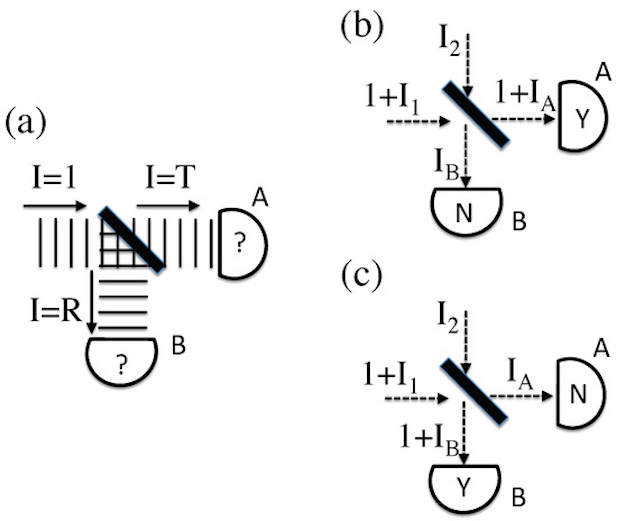 A New Class of Retrocausal Models

Globally-constrained classical fields provide a unexplored framework for modeling quantum phenomena, including apparent particle-like behavior. By allowing controllable constraints on unknown past fields, these models are retrocausal but not retro-signaling, respecting the conventional block universe viewpoint of classical spacetime. Several example models are developed that resolve the most essential problems with using classical electromagnetic fields to explain single-photon phenomena. These models share some similarities with Stochastic Electrodynamics, but without the infinite background energy problem, and with a clear path to explaining entanglement phenomena. Intriguingly, the average intermediate field intensities share a surprising connection with quantum “weak values”, even in the single-photon limit. This new class of models is hoped to guide further research into spacetime-based accounts of weak values, entanglement, and other quantum phenomena. View Text / Download Paper

The de Broglie-Bohm pilot-wave theory promises not only a realistic description of the microscopic world (in particular, a description in which observers and observation play no fundamental role) but also the ability to derive and explain aspects of the quantum formalism that are, instead, (awkwardly and problematically) postulated in orthodox versions of quantum theory. Chief among these are the various “measurement axioms” and in particular the Born rule expressing the probability distribution of measurement outcomes. Compared to other candidate non-orthodox quantum theories, the pilot-wave theory suffers from something of an embarrassment of riches in regard to explaining the Born rule statistics, in the sense that there exist, in the literature, not just one but two rather compelling proposed explanations. This paper is an attempt to critically review and clarify these two competing arguments. We summarize both arguments and also survey some objections that have been given against them. In the end, we suggest that there is somewhat less conflict between the two approaches than existing polemics might suggest, and that indeed elements from both arguments may be combined to provide a unified and fully-compelling explanation, from the postulated dynamical first principles, of the Born rule. View Full-Text / Download Paper 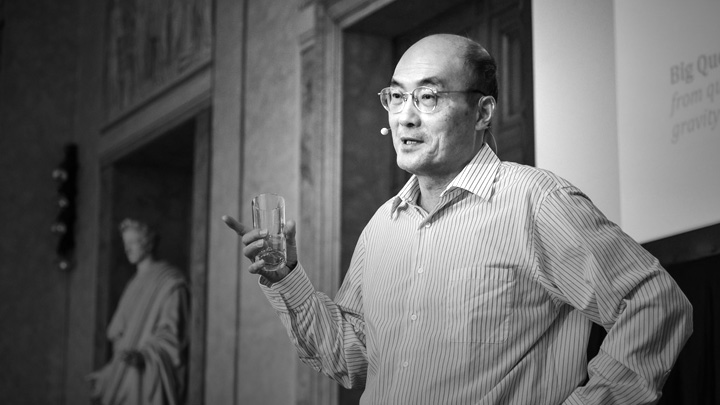 Identifying or constructing a fine-grained microscopic theory that will emerge under specific conditions to a known macroscopic theory is always a formidable challenge. Thermodynamics is perhaps one of the most powerful theories and best understood examples of emergence in physical sciences, which can be used for understanding the characteristics and mechanisms of emergent processes, both in terms of emergent structures and the emergent laws governing the effective or collective variables. Viewing quantum mechanics as an emergent theory requires a better understanding of all this. In this work we aim at a very modest goal, not quantum mechanics as thermodynamics, not yet, but the thermodynamics of quantum systems, or quantum thermodynamics. We will show why even with this minimal demand, there are many new issues which need be addressed and new rules formulated. The thermodynamics of small quantum many-body systems strongly coupled to a heat bath at low temperatures with non-Markovian behavior contains elements, such as quantum coherence, correlations, entanglement and fluctuations, that are not well recognized in traditional thermodynamics, built on large systems vanishingly weakly coupled to a non-dynamical reservoir. For quantum thermodynamics at strong coupling, one needs to reexamine the meaning of the thermodynamic functions, the viability of the thermodynamic relations and the validity of the thermodynamic laws anew. After a brief motivation, this paper starts with a short overview of the quantum formulation based on Gelin & Thoss and Seifert. We then provide a quantum formulation of Jarzynski’s two representations. We show how to construct the operator thermodynamic potentials, the expectation values of which provide the familiar thermodynamic variables. Constructing the operator thermodynamic functions and verifying or modifying their relations is a necessary first step in the establishment of a viable thermodynamics theory for quantum systems. We mention noteworthy subtleties for quantum thermodynamics at strong coupling, such as in issues related to energy and entropy, and possible ambiguities of their operator forms. We end by indicating some fruitful pathways for further developments. View Full-Text / Download Paper