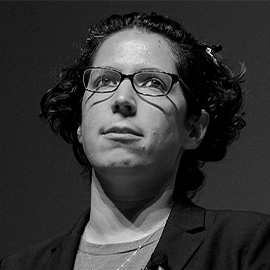 Simine Vazire is a faculty member in the psychology department at UC Davis. She studies meta-science and research methods/practices, as well as personality psychology and self-knowledge. Vazire received her B.A. from Carleton College in 2000 and her Ph.D. from the University of Texas at Austin in 2006. She has been an editor at several journals, including Editor in Chief of Social Psychological and Personality Science from 2015 to 2019 and founding co-senior editor of the open access journal Collabra: Psychology. Together with Brian Nosek, Vazire founded the Society for the Improvement of Psychological Science (SIPS). She served as the first president of SIPS and continues to serve on the executive committee. She also serves on the board of PLOS and BITSS and was a member of the executive committee of the Association for Psychological Science. She was awarded the Leamer-Rosenthal prize for open social science from BITSS, and the APA’s distinguished scientific award for early career contribution to psychology.

Towards a More Self-Correcting Science

Towards a more self-correcting science