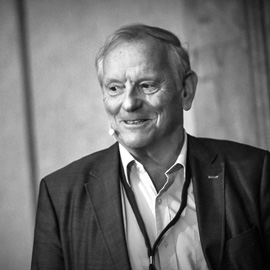 Helmut Rauch (born 22 January 1939 in Krems an der Donau, Lower Austria) is an Austrian physicist. He is specially known for his pioneering experiments on neutron interference. Rauch studied Physics at Vienna University of Technology and worked at Atominstitut Vienna. He has also been affiliated with Forschungszentrum Jülich and Institut Laue-Langevin in Grenoble. In 1974, Rauch, together with Ulrich Bonse and Wolfgang Treimer, demonstrated the first matter wave interference of Neutrons. This demonstrated the wave-like nature of neutrons for the first time and was another experimental proof that not only photons can be described by waves, but also massive particles. Further they demonstrated the fundamental symmetry of spin 1/2 particles under rotations.